Phillip Glass and Art of Noise

Costume design: Galina Solovyeva. Award winning Bulgarian born Vladimir Angelov commissioned this work by Ballet Internationale. Writing in the Indianapolis Star (September 27, 2003), Whitney Smith wrote: “The world premiere of “Interzone,” by Bulgarian-American choreographer Vladimir Angelov, led Ballet Internationale in something of a new direction. Strongly grounded in Russian-style classical ballet, the company took a calculated risk with an edgy piece that bucked tradition.” Smith concluded by saying: “Stylistically, “Interzone” made passing reference to ballet conventions, including women who move on and off point, yet the piece also embraced moves reminiscent of music videos. The company seemed to welcome the change. Even when they played clans at odds, they danced in solidarity.”

Jim Poyser - Nuvo “With choreography by Vladimir Angelov, Interzone was supercharged with high-decibel sound, astonishing visuals and dynamic dance. From the outset, with strobe lights simulating lightning, the audience was engaged in the performance. The gentleman in front of me, in fact, was engaged in plugging his ears with his fingers. Yes, it was loud. Yes, it was sexy. Yes, it was danced by humans disinterested in pertaining to the laws of gravity. The tale, set in a modern urban landscape, was populated by Magritte-style characters in raincoats, including one dancer on a bicycle that was clearly a favorite of the audience. Principal dancers Ogulcan Borova and Karen Scalzitti-Kennedy expertly portrayed the “good” couple while Alexie Tyukov and Sara Viale deliciously danced the couple representing evil. The piece looked like it was fun for the performers; perhaps they tried out some of these moves on the dance floor at Talbott Street Bar. Or will. Interzone was a comic book come to life, and proved once again that evil is almost always more interesting than good — and darkness more hungry than the light.” 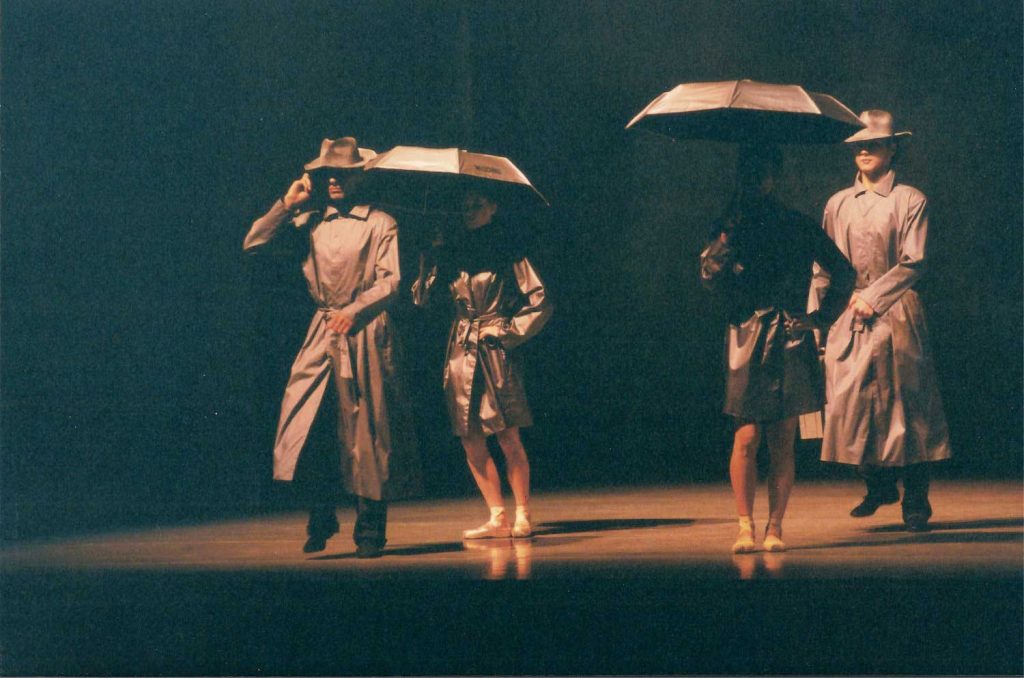 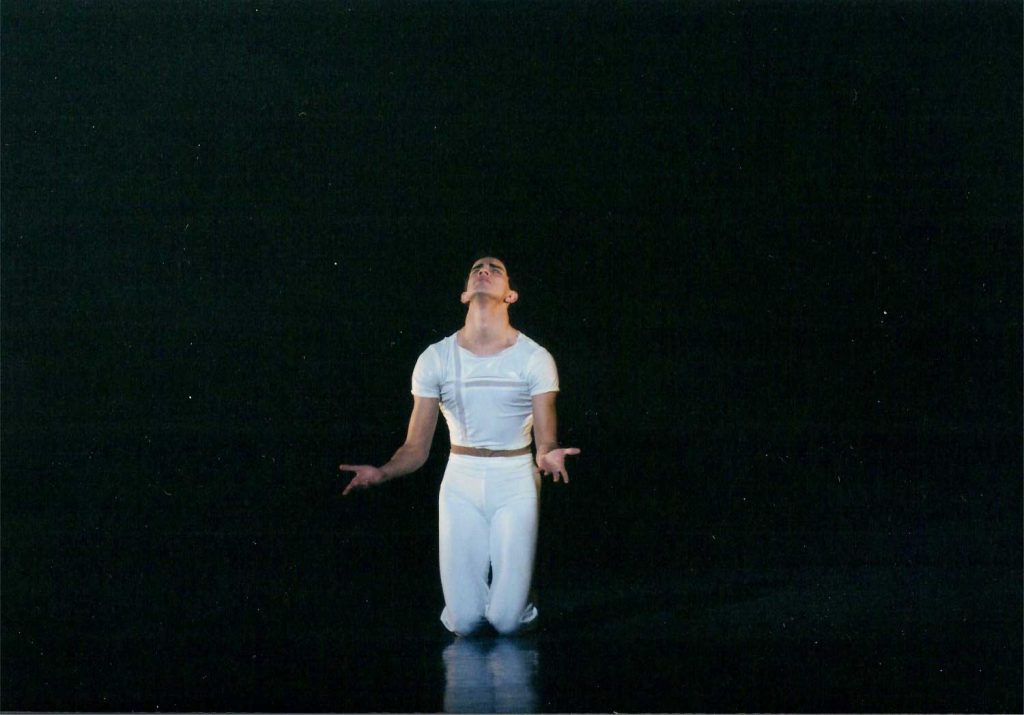 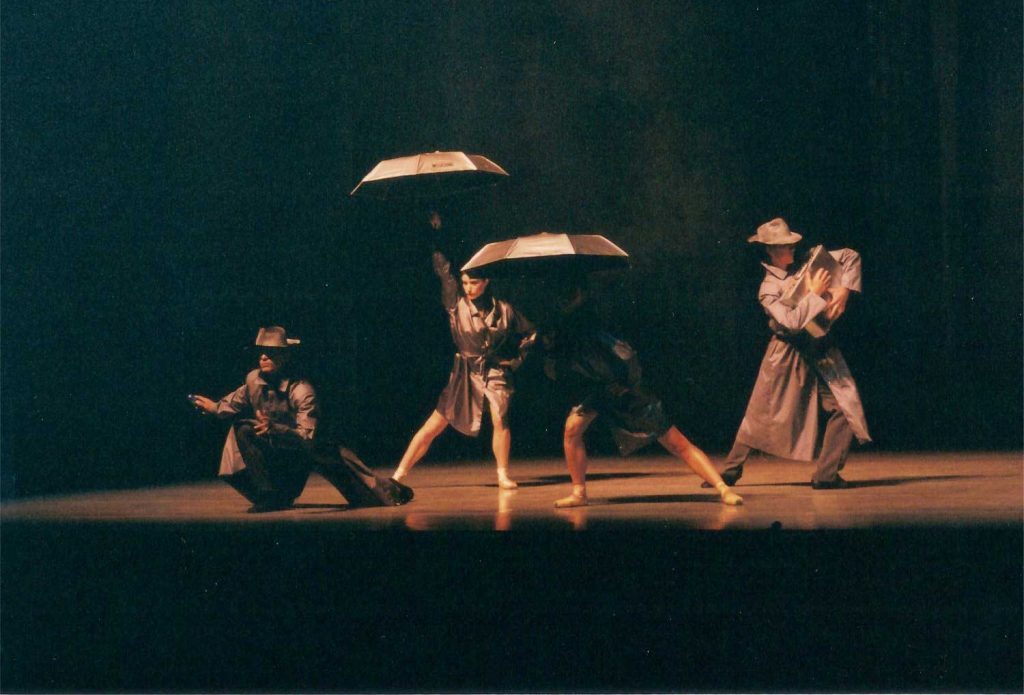 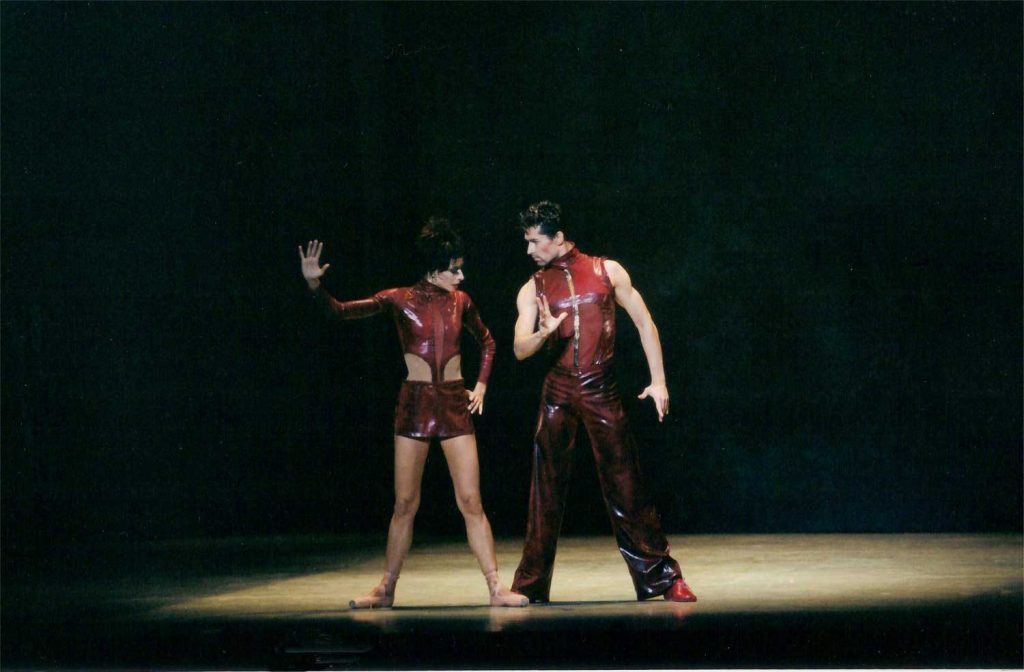 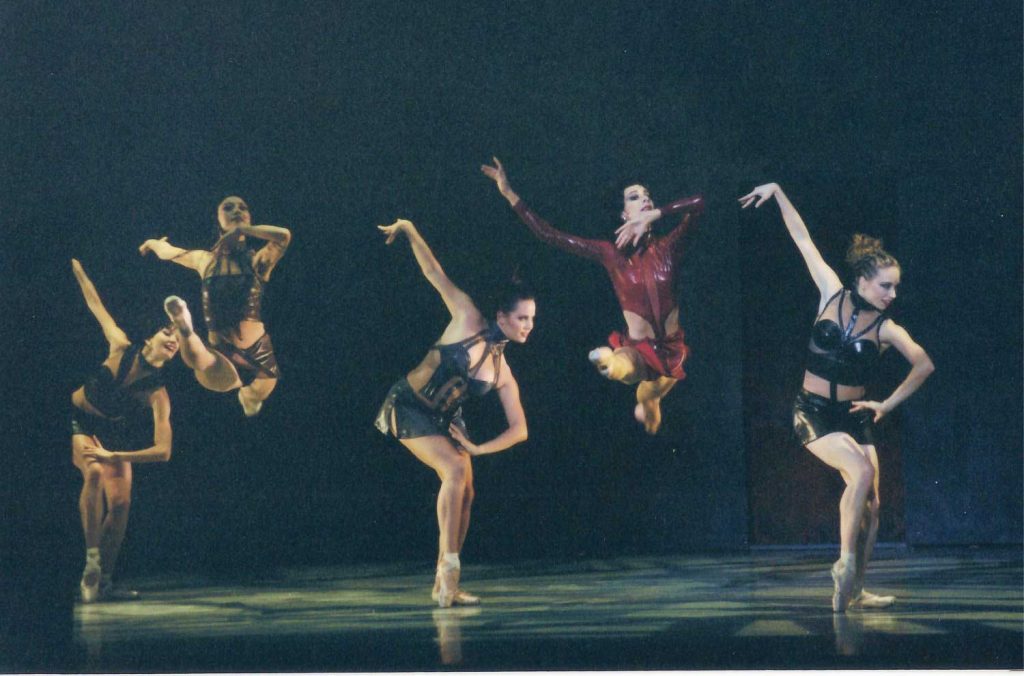 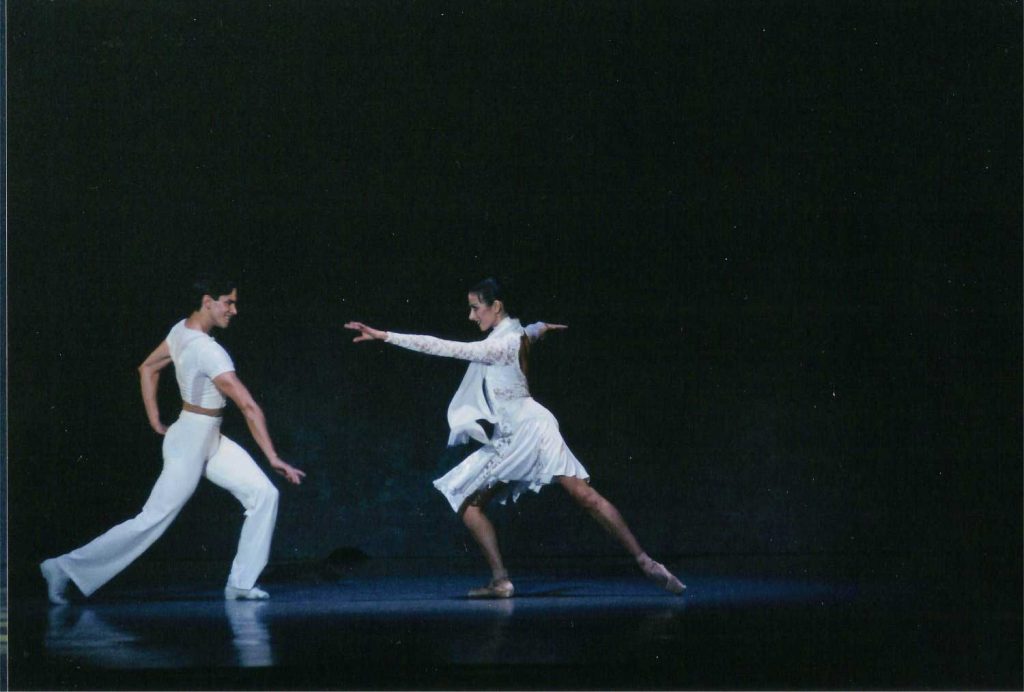 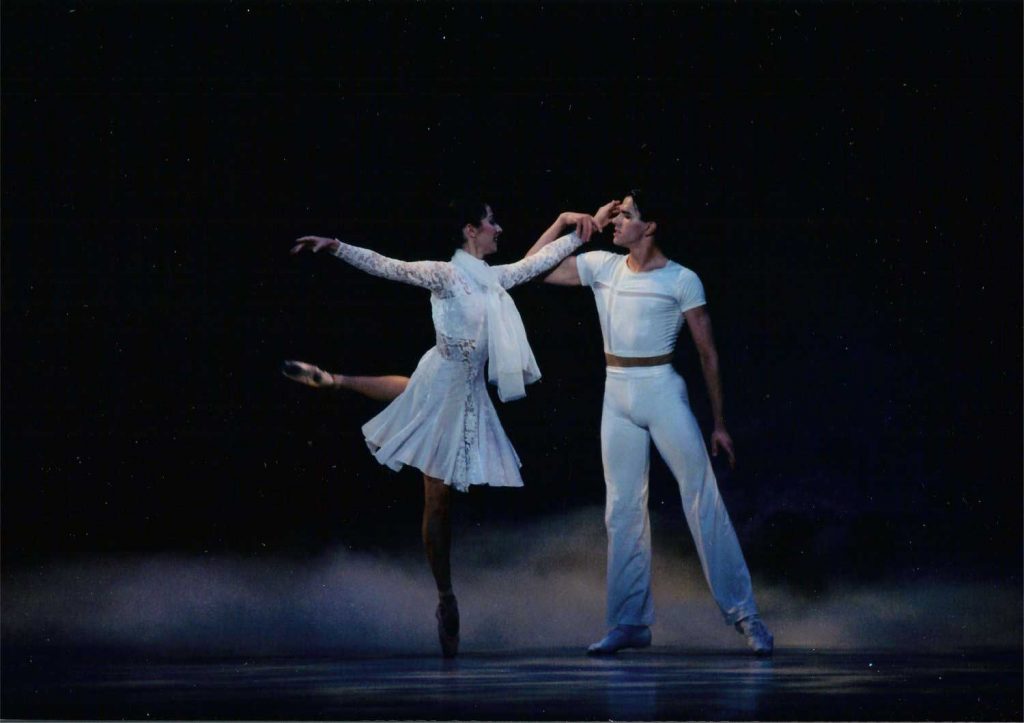 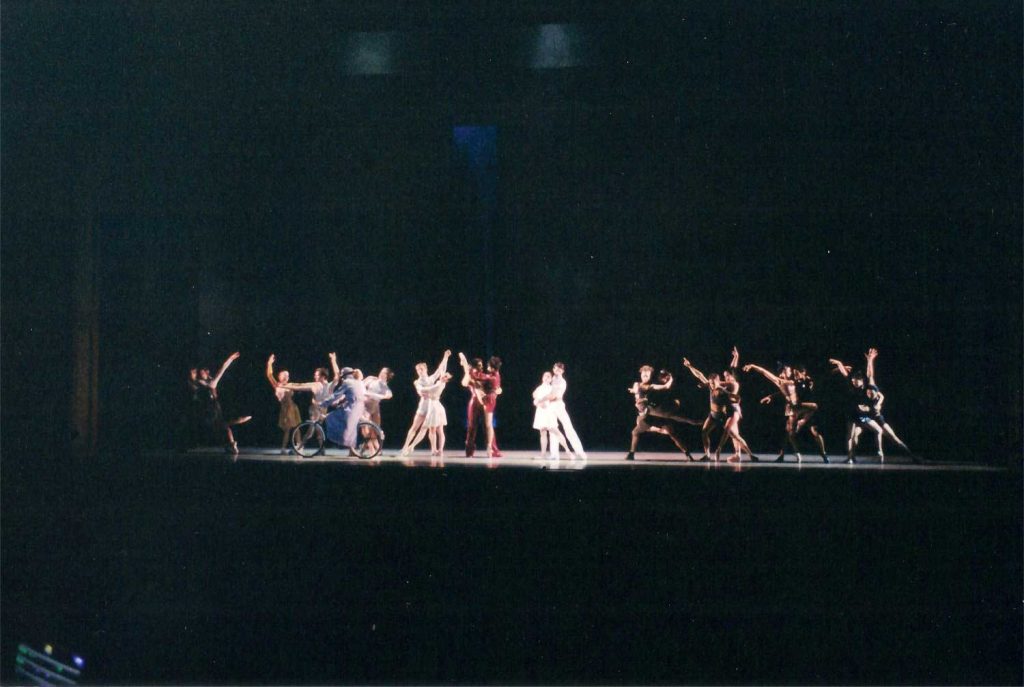 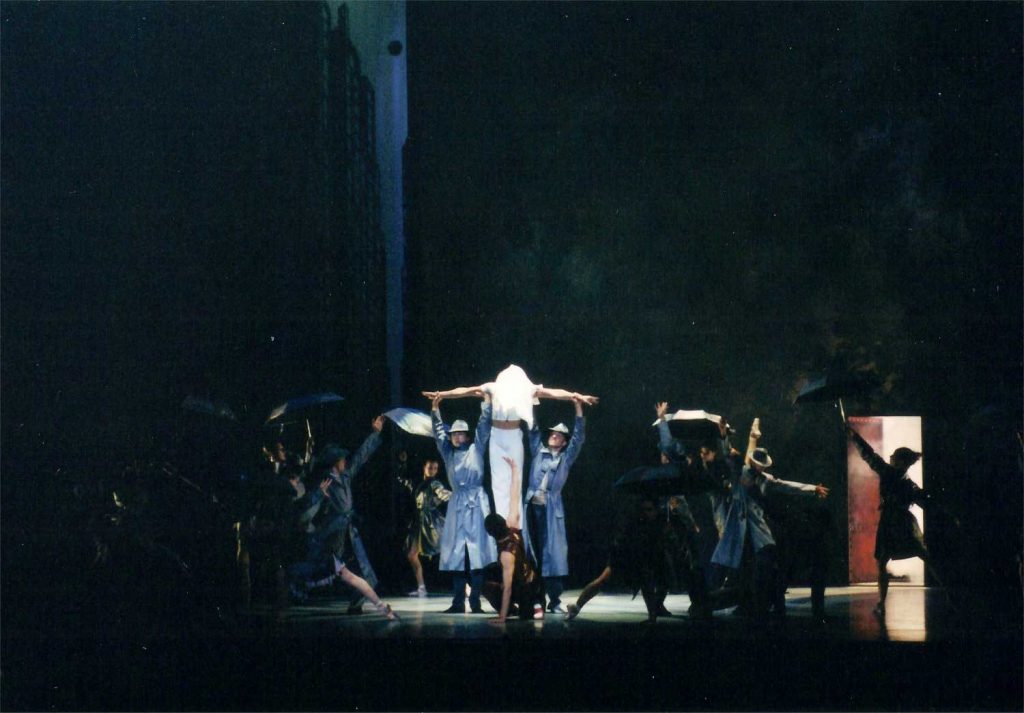 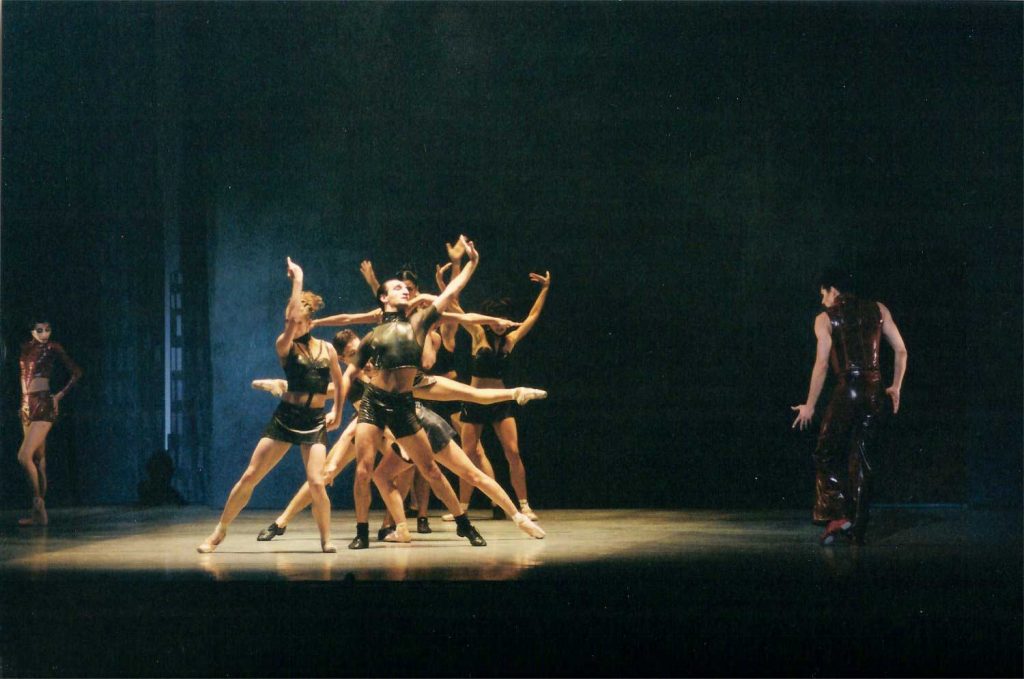 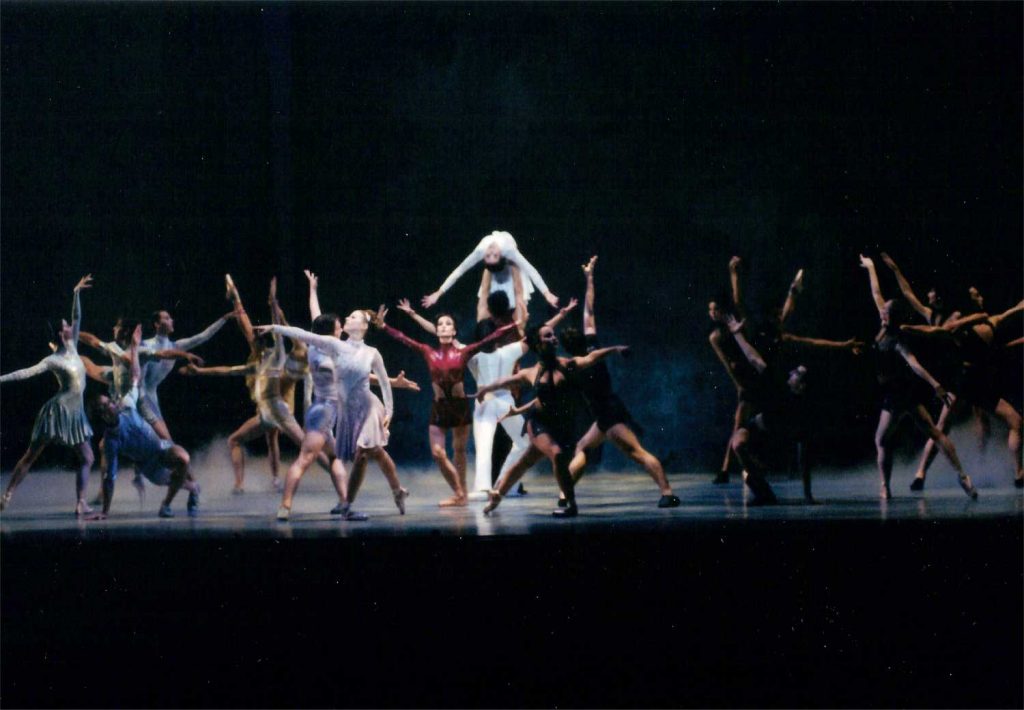 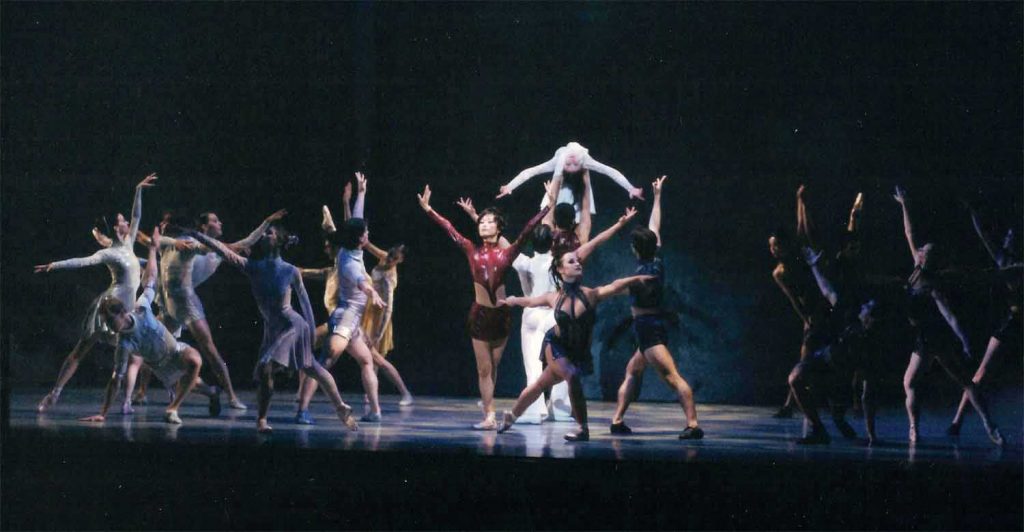 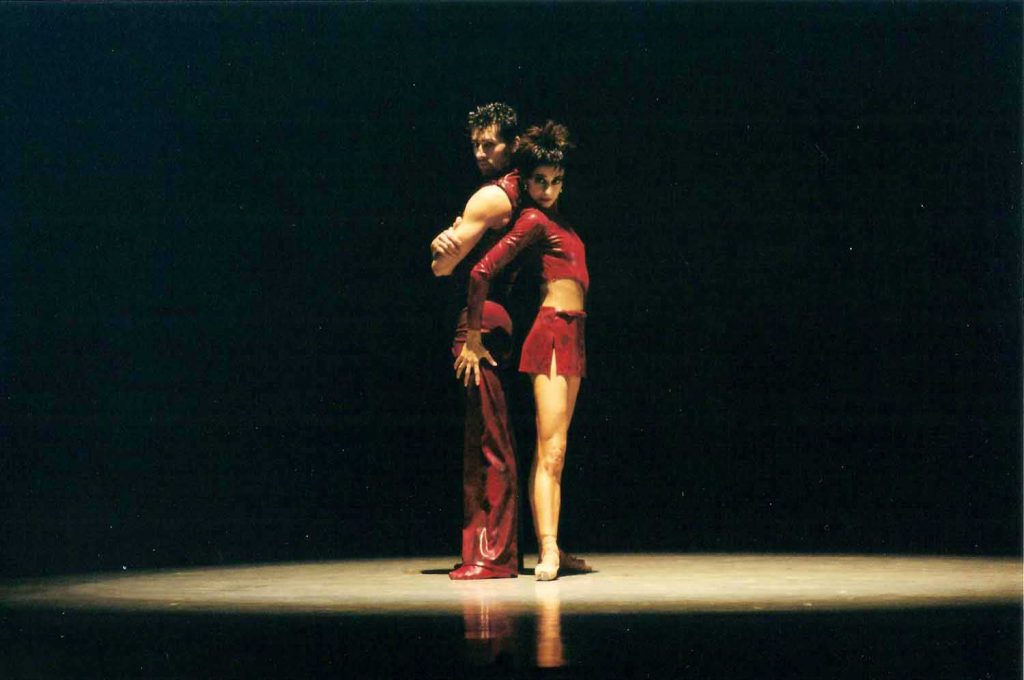 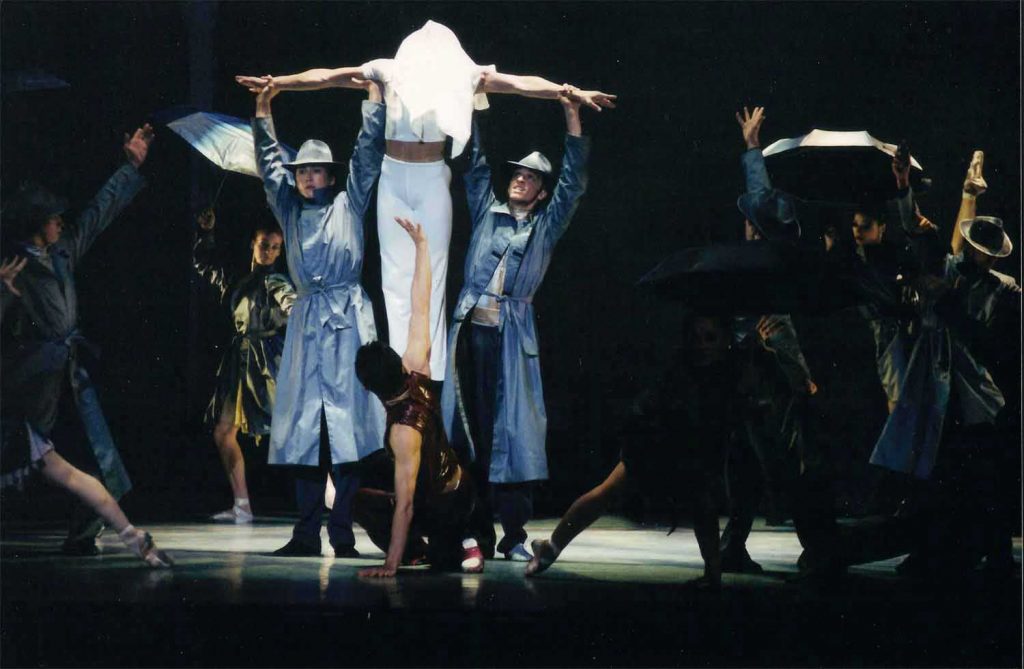 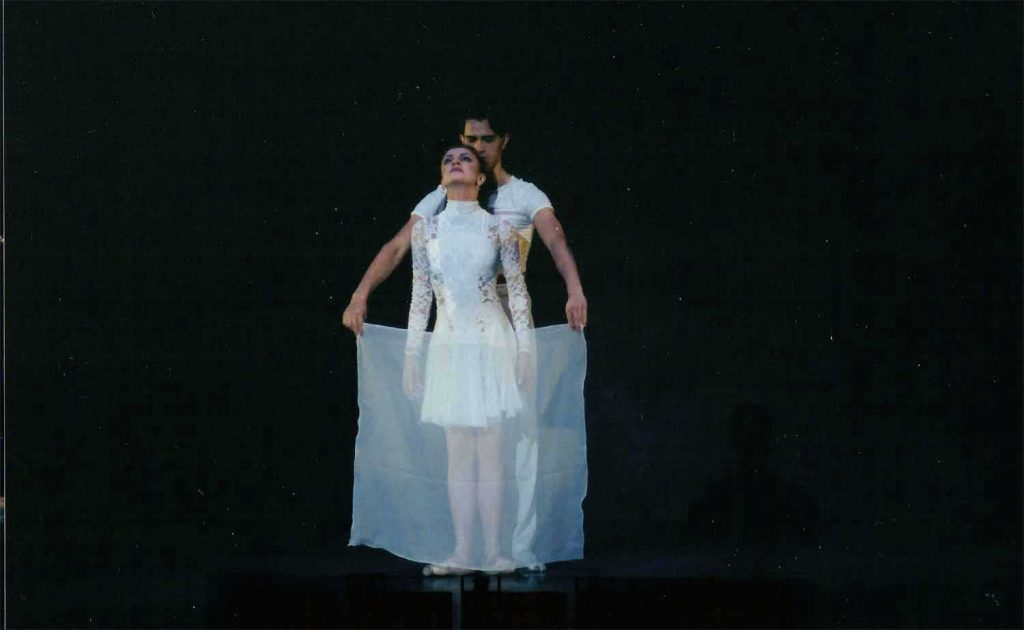 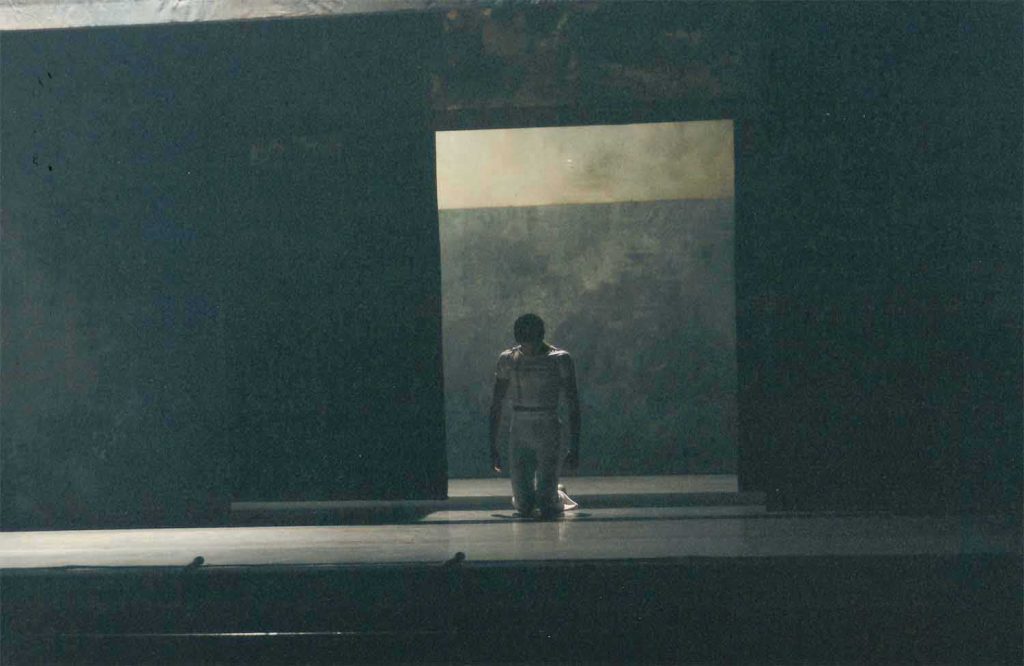 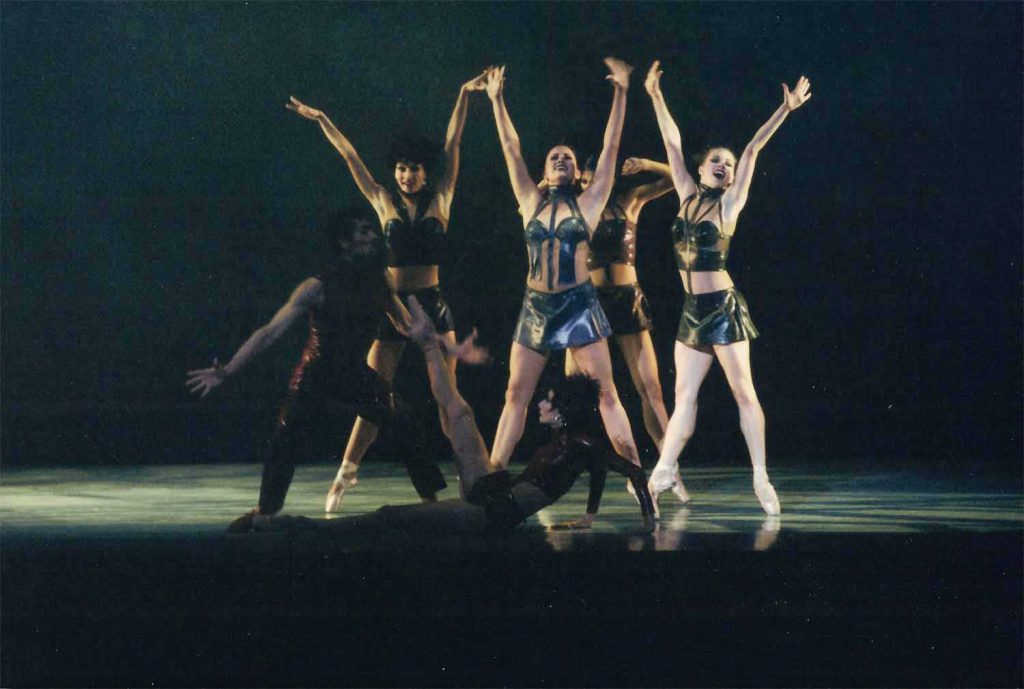 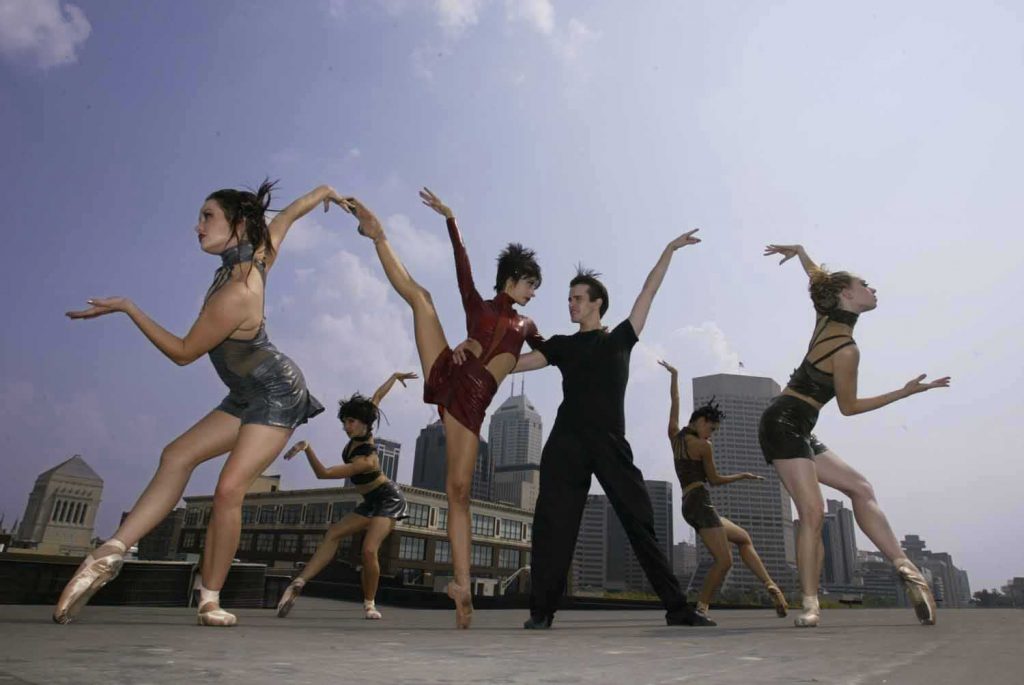 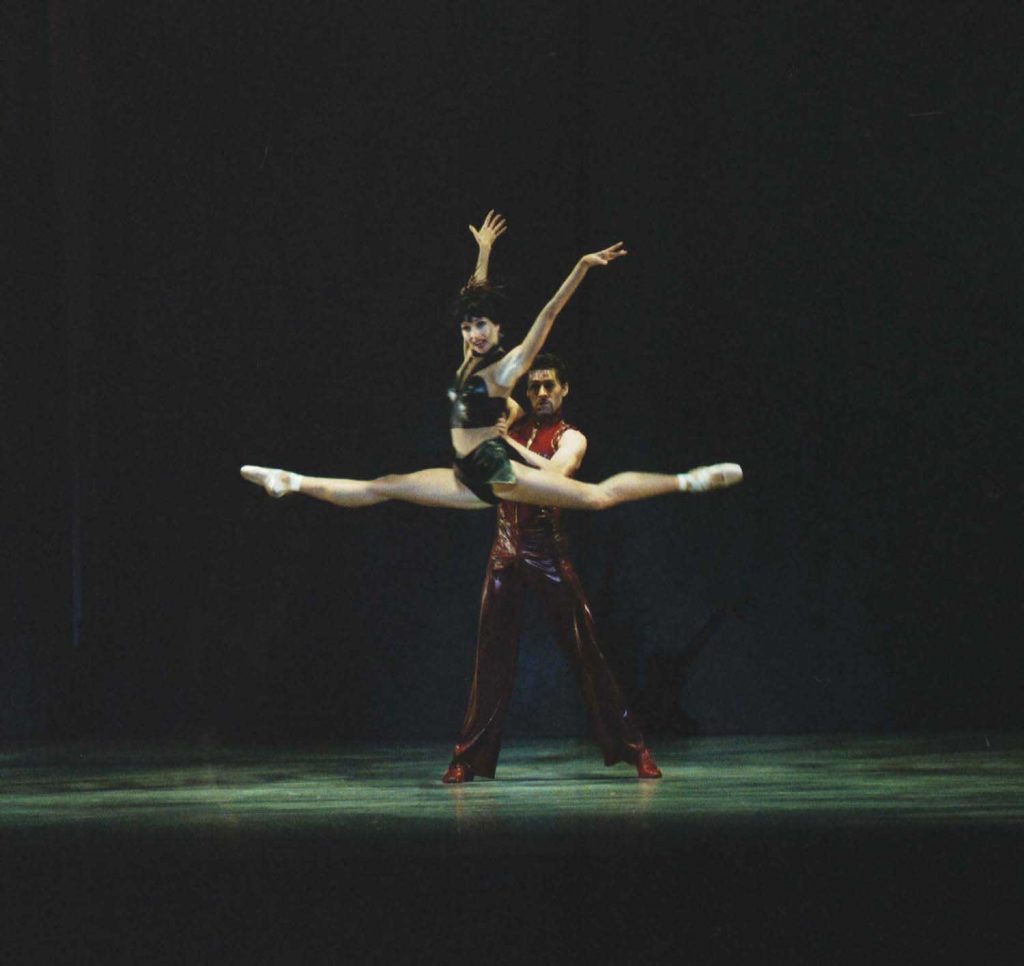 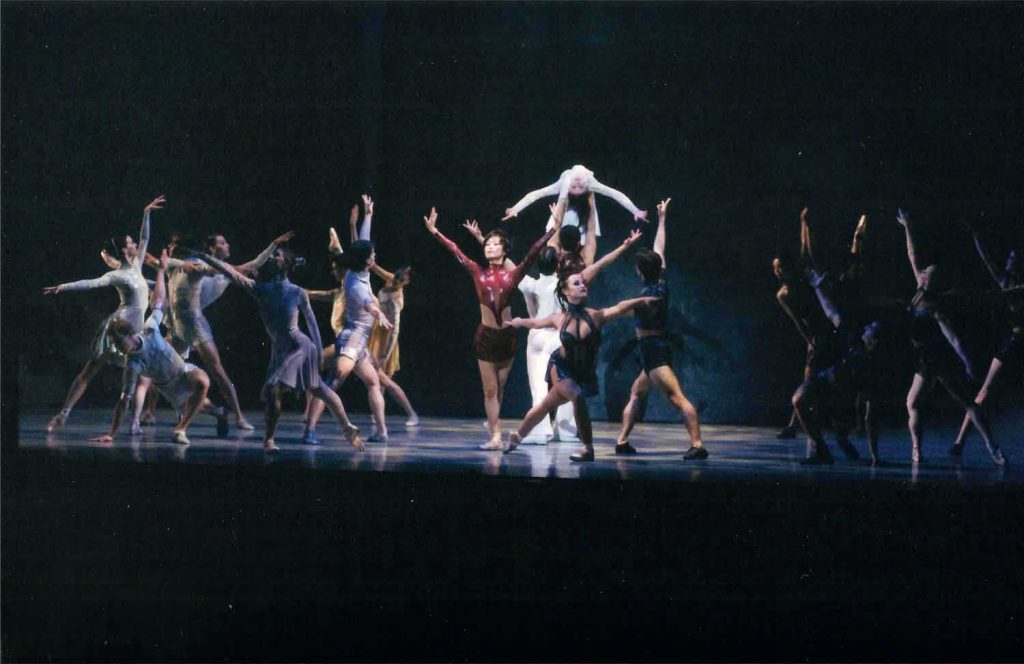